The post I wrote several years ago called “Another Chance for Love” has been read 560 times so far! That Blog was a clear winner! You can read it, if you scroll down through.

It seems most people want the chance, but then maybe another chance to find the love of their life, no matter what their age.

When I read Tarot cards, this is the most asked question of all!!

I recently learned of a new on-line dating site, where you can submit your birth data and be matched up with astrologically compatible people for dates. I believe this is the best way to find someone to spend your life with. I have been doing Compatibility charts for many years for my clients. I always suggest they might want to get the birth information on that person they are getting serious about. Take the time to find out how they will get along in all areas before life settles down into a routine and they start wishing they had known the partner better before committing.

So, if you are considering an engagement or marriage, consider having  a Compatibility Chart done first.

If you mention that you read this Blog, I will give you a 10% discount. The Menu Bar above has a Price Sheet for all my Services!

Note: I ran my guy’s birth chart before we got married. Luckily for us, we had lots of harmony. Thirty- three years later, we are still going strong! We still hold hands while out walking and we are in our 70’s now. I feel so lucky, but I was also smart enough to learn how Astrology could help.

We bought the identical card for each other for a recent Anniversary. We were amazed! 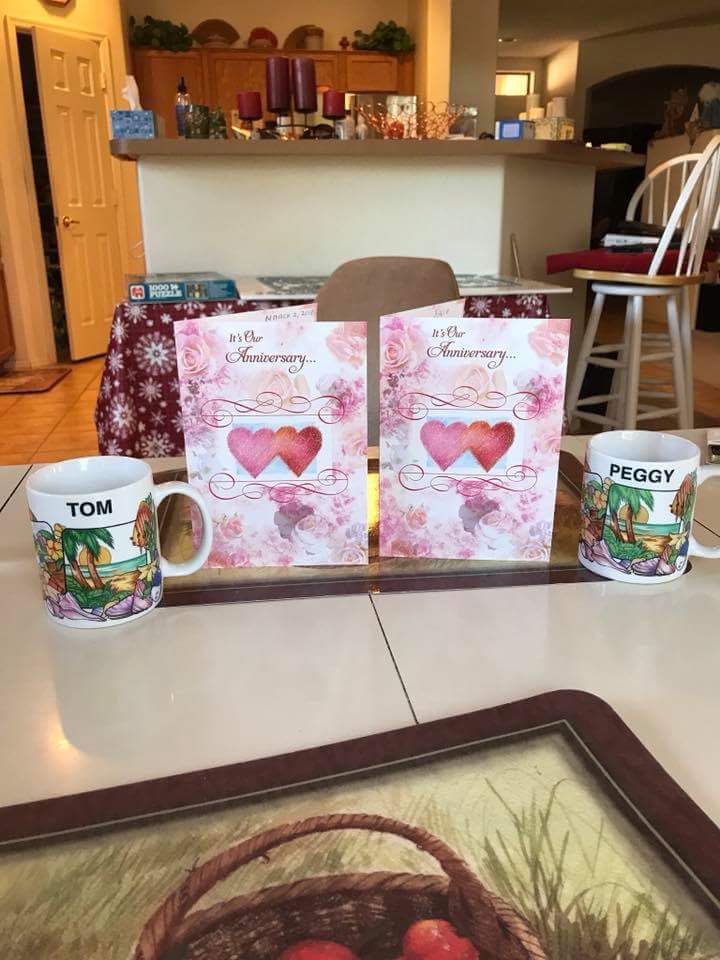 Being born on the cusp between two zodiac signs often brings confusion about which sign you are.   If you have your chart done by an Astrologer with your exact time of birth, your true sign should be confirmed.  However, often the recorded times are not exact!  The Sun has a diameter of about half a degree so the Sun can actually straddle a cusp.  What is a cusp?  It is the imaginary line where one zodiac sign ends and the next sign begins.  You may actually share the qualities and vulnerabilities of both signs.  Life can be strange because you never know which sign you will be when you get up in the morning.

A major problem is that the signs next to each other are very different.  One will be more magnetic or passive and the other will be more electric or more active.   Statistically, it seems that about one in five people are Cuspers and many don’t even know it!   The cusp can extend a day or two both ways because the planetary energies don’t just stop dead when they hit that imaginary line, they slowly change. With the energy of two signs, you may just change back and forth on any given day, expressing one nature and then another nature.  This can cause others to never be sure who you are and even you may not be sure who you really are.   The good side is that you have more than one perspective and can see problems from a lot of different angles.  There is a blending of qualities in your personality.  Life is definitely never boring!

Some months change signs on the 19th or 23rd of the month, but the majority change on the 21st day.    In different years, the constellations changed signs at different times, so for instance, you could actually find that you are a Pisces by your time of birth and yet your friend sharing the same birthday may actually be an Aries or the previous sign,Aquarius, because he or she was born in a different year.

One example is a Pisces/Aries cusp birth:  Pisces traditionally runs from February 19 through March 20th.  This Cusper is one of the most complicated and confusing ones.  The Pisces nature is peace-loving, imaginative, quieter, softer, accepting, compassionate and more inwardly focused and more on the feminine side.  In contrast, the Aries nature is active, assertive, outward focused, temperamental, daring, confrontational and more on the masculine side.  So if you were born on this cusp, you would tend to be a camouflaged or hidden warrior. Others would certainly be surprised to see you change like that!

If you find that you are a cusp birth, read both signs and see how you can blend them, using the best parts of each to be your true, authentic self!

One of my favorite books is  “Astrology The Space Age Science”   authored by Joseph Goodavage.   In this book he writes about “Time Twins”.   These are babies who are born on the same date, the same year, the same time and in the same location to different mothers.  Their birth charts are identical if they were born at the same moment or almost identical, if born just a few minutes apart.   Of course they have free will to use the same planetary energy as they choose and depending on their environment, there will be some differences in how they respond.

Joseph Goodavage did some research before publishing his book and the following are true stories from his book.  In the early 1960’s, two unrelated women met for the first time in a hospital room in Hackensack, New Jersey.  It turned out that the women were born in towns very nearby on the same date and year.  Both of their first names were Edna.  Each was giving birth to her first child.  The babies were born at the same hour, weighed the same and were both given the name Patricia Edna.  The women’s husbands also had the same first name which was Harold.  Each man was in the same business and owned the same car, model and color.  Each couple had been married for three and a half years, having been married on the same day.  Also, both husbands were born on the same day, month and year.  Both women were blue eyed brunettes, were the same weight and height and wore the same size clothes. 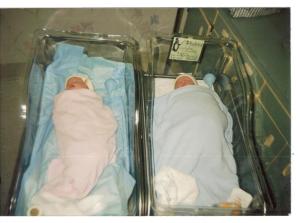 Another strange case received attention when two poultry trucks of the same model collided in Miami in June of 1961.  Showing their I.D. the drivers discovered that they were identical twins separated from birth.  They were both in the poultry business, their wives had the same name, they had the same number of children, of the same sex and ages.

These facts are not just coincidences……..people paired like those above are moving along their life path, propelled by some external force, acting equally on each person.  Science has found direct links between celestial movements and behavior.  Electromagnetic fields within the human body have been discovered which fluctuate in tune with changes in the earth’s field.  The nervous systems of all creatures on earth are operated by tiny electronic pulses which can be affected by electromagnetic radiations from distant stars in the heavens.

By looking at the date of birth, we can get a feel for events that are most likely to occur or be experienced in a person’s lifetime.  Professional Astrologers do not predict the future, but they consider all the forces at work in the birth chart, both harmonious and conflicting, and then give an educated guess about the outcome.  Influences can be seen by calculating the current transiting planets.

Celestial influence is not really mystical or mysterious.  With diligent study, anyone can learn to see the character, personality, talents and abilities in a birth chart, as long as the birth information is known. 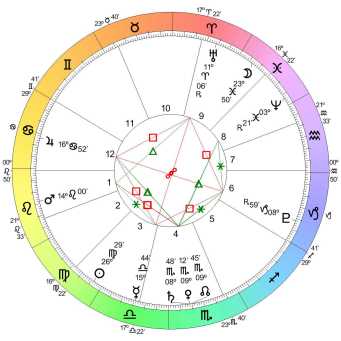 I will be writing another blog with more true stories from this same book.  I find this information to be totally fascinating.  If anybody knows two people that were born on the same day, approximate time and location, let’s take a look at their lives and see if they are having similar experiences.